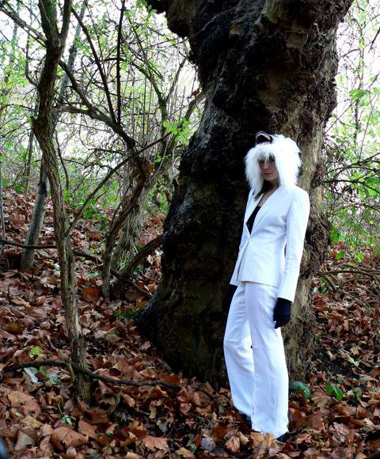 Silja Truus is an emerging sculptor living and working between London, UK and Tartu, Estonia. She graduated from The University of Westminster with MA in Art and Media Practice and had her first solo exhibition in 2011. Her work has also been featured in several group shows, one of them in a Cork Street gallery.

Silja is an artist who poses questions that are concerned with human condition and our place in the world at the most fundamental level. She endeavours to give a simple, iconic, and instinctually comprehensible form to concepts that have often been developed through extensive research and introspection. In addition to psychology, she draws inspiration form art history and Eastern philosophy.

Most of her work has both abstract and representational elements, and often contrasting materials and textures/colours. Silja works in a variety of media, including stone, steel, clay, bronze, and found objects – based on the principle that the concept always comes first and the characteristics of the materials will be carried into and become an inherent part in the final piece.

2015 The Other Side. Group exhibition. Chelsea Arts Club, London